Going down South soon? Learn how to manage your Android phone networks in the United States 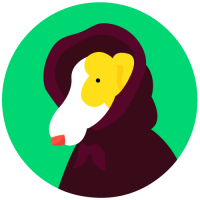 Thousands of Fizz users will be driving south in the next weeks. As you probably know, Fizz is updating its calls method (VoLTE), but hasn't completed it yet. The US phone providers are shutting down 2G and 3G networks that were formerly used for calls, but still have maintained some 2G remnants. What is to expect when you cross the border? In this post I will try to help you cope with this "mess", with the help of others, as we still have some time to discuss a few issues. The first is 2G.

First of all, I have an Android phone (Samsung A52 5G) so I'm pretty familiar with Android devices. Maybe some people can help out with related IOS issues.

2G is second generation networks that was, and is still used to make calls. 2G has been dropped down by AT&T in 2017. However, T-Mobile is still using 2G until January 1, 2023, and will probably continue using it after that date. If you think you can rely on the other calls network, third generation 3G, forget it, it has been mostly shutdown by both providers. And 4G calls need VoLTE, and Fizz is not ready yet.

Prepair for 2G - Try connecting to 2G in Quebec:

Fizz does not use 2G anymore, but Rogers (FizzExt) does.

b. connect to FizzExt (in the USA will be T-Mobile)

Choose FizzExt. (in the USA will be T-Mobile)

So now you should be hooked to Roger's 2G networks.