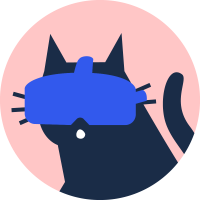 I would like to know if any of you are gamers. If so, which games do you play? Which gaming console do you own? If you use a PC, what are its specs? What is your opinion on cloud gaming services?

In fact, I just want to start a discussion on gaming in general. I am surprised to see that there are no posts on the subject on an internet provider community forum.

I will start by saying that I really like open world games, such as the GTA, Red Dead Redemption, Assassin’s Creed, Watch Dogs and Witcher series.

Unfortunately, I do not have a console right now, as I am unable to purchase one. In consequence, I use Google Stadia as a cloud gaming service. I really like it, even though it misses the great exclusives consoles have. In my case, it is effective as a “buffer” solution between the two console generations, as I can play most modern games as well as many classics on the go.