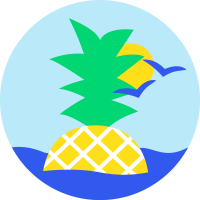 Bosur Posts: 2
April 2019 in My Mobile
Since this morning around 9:30 (last time I received a SMS) I have not been able to receive any SMS.
I have tried to restart the phone many time, removed the SIM as well, also tried the SIM in 2 different phones and still no luck with receiving my SMS. The APN setting are fines, I have doubled checked them.
I'm able to send SMS and they are received, I'm able to make and receive calls not a single SMS has been received on my phone since this morning. I have asked different people to send me some on different carrier.
8