A compiled list of my issues with Fizz. Where should I send them? 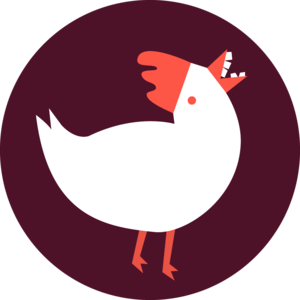 Stanley H. #1107 Posts: 5
December 2018 in My Mobile
So, since joining Fizz. I've found a number of issues with the website and the system. The reception isn't bad. I don't notice much of a difference between 3G and 4G. These questions are coming from me a user of 8 days, since December 4th.
I activated my plan the same day I received my sim card. And I received my sim card 2.5hours after placing my order with express shipping.
My friend had just received his sim card on the 4th as well in the morning.
He put in a referral code of another person and completed the activation of his plan with a notification saying that he'd been successfully referred.
1 - I put his referral code while ordering SIM and when activating plan 12 hours later at 10pm of the same day my friend activates his plan. I verify that his code has been inputted. I don't receive any notification that I've successfully been referred.
I did have the migration of my phone number fail initially, and I had to change from IMEI to account number. This might be related for technical reasons.
2 - yesterday, December 11th, I sent my friend 1Gb of data from my own phone plan. The message is sent just fine. He receives it a few moments later saying that I've gifting him 1Gb that expires on January 4th 2019. I recall reading that gifted data last for at least 30 days. So the current cycle + the next one. Between 11th of December and January 4th, that doesn't leave 30 days at all.
3 - My friend helped me test by sending 1Gb back to me. He got 1Gb deducted from his account. He got the data gifting badge.
I HAVEN'T received a notification of receiving ANY data at all. I go to see my usage. I can see there is a 1Gb received. I haven't touched this data and didn't receive any notification that I received the data at all. There's a problem here with sending data from him to me. I don't know why. I have an 8Gb base plan. He has a 2Gb base plan. He received my gifted data but I didn't receive his.
This doesn't affect me very much personally, but if someone is lacking data and seriously needed it unlike me who is testing, then I think that these are serious issues. If anyone else has other technical issues, please share them with me too. I want to know how others have encountered.
Thank you for reading. And please do refer me to a forum where I can report this issues more effectively for technical support. I don't mind sharing more details if asked.
The reply time is approximately 24h on Facebook messenger. I'm sure they're flooded.
29